There’s a city in Mexico well known for spectacular 40 meter high cliffs from which people dive into the beautiful blue ocean. They often live to tell about it. There’s also a good trade going in gold, although there aren’t that many mines in the area. Curious, that. 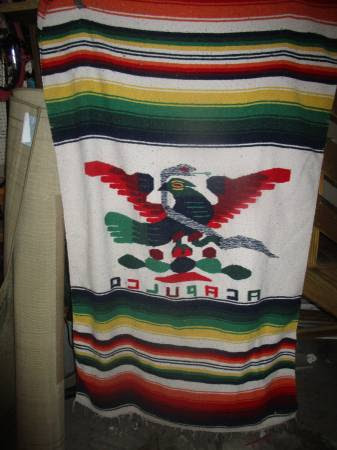 Que sera serape. Your firebird looks suspiciously like the eagle on the flag of Mexico.

The embroidered letters are a might hard to make out, but I don’t think it says what Sparky wrote that it says. Thanks, Ralph, there’s so much suck in this ad, it has it’s own gravity field.