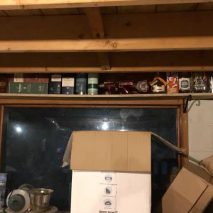 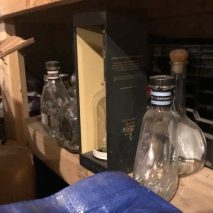 Approximately 75 empty bottles. Mostly bourbon and scotch some tequila. I’ve displayed them like a trophy for long enough but doesn’t feel right throwing them away. A lot of them are top shelf some in boxes or tins

It’s hard to take Sparky seriously when he’s obviously still living in his mom’s basement. Also he thinks emptying a bottle of liquor is worth of a trophy. And what’s up with putting an Irish representation with all the alcohol? Talk about stereotypes.

Saving Grace: He’s not asking for any money. Too bad recycling glass doesn’t pay much. Next time, Sparky, get beer in cans. Thanks for the ad, Ralph!